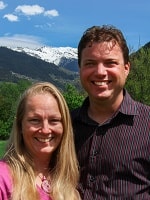 The Town... Bourg-Saint-Maurice is the gateway town to world-renowned ski resorts of Tignes, Val d'Isere, Ste-Foy and La Rosiere, as well as home to Les Arcs - Paradiski, linked to the resort of La Plagne. The Area… Paradiski is one of the largest linked skiable domain in the world with: - 425km of pistes over 14390 hectares - 232 pistes for all levels - 263 hectares of man-made snow, 818 snow machines - 2 equipped glaciers at more than 3000m high - 70% of the skiable domain over 2000m - 3 resorts: Les Arcs, Peisey-Vallandry and La Plagne Great summer activities such as golf, walking, cycling, mountain biking, rafting, and paragliding. Italy is less than an hour away via the col de Petit Saint Bernard open throughout the summer. Getting Here… Chambery is the nearest international airport and is only just over an hour away, Geneva, Lyon and Grenoble are all 2 hours away. The nearest train station is Bourg-Saint-Maurice with direct Eurostar connections during the ski season and connecting Funicular directly into the Les Arcs resort. It takes about 10 hours to drive from Calais and the other ferry ports in the north of France.

Paradiski is the name of the joint La Plagne, Les Arcs, ski area linked together by the Vanoise Express cable car. Opened in December 2003,the Vanoise Express is currently the world’s largest single span cable car; in fact there are two of them both capable of ferrying 200 people across the Ponthurin valley that divides the two areas. The journey and the views make for a spectacular 4-minute ride.

In total Paradiski offers a HUGE 425 km of piste. Individually, La Plagne (225 km) and Les Arcs (200km) are significant ski areas in their own right and are both made up of different villages. In La Plagne the high altitude villages are Aime 2000,Plagne Centre, Belle Plagne, Plagne Bellecote, Plagne Soleil, Plagne Villages and Plagne 1800. These are all situated between 1800m and 2100m and offer snowsure high altitude ski in ski out convenience.

Lower down the delightful villages of Montchavin, Les Coches, Montalbert and Champagny en Vanoise all offer the charm and cosy comfort of village life, with their own tree lined local slopes and easy access to the high altitude slopes of La Plagne.

In Les Arcs the high altitude villages are Arcs 1600, Arcs 1800, Arcs 2000 and, the latest development, Arcs 1950. Again these all offer a ski in ski out experience. Great cruising runs through the trees lead to the lower villages of Plan Peisey, Vallandry and Villaroger for a more traditional mountain experience.

Both La Plagne and Les Arcs offer something for everyone. Early intermediate blue and red run skiers can soon explore the area and travel around the mountain enjoying some of the good value mountain restaurants.

However with two glaciers at over 3,000m, a wealth of “between the piste” and off piste and long runs through the trees, there really is something for all levels of skier---and let’s not forget you boarders out there—both resorts offer a choice of snowparks with jumps, rails and the ,all important, music. La Plagne, Les Arcs, Paradiski—one of the world’s great ski areas.

Bourg Saint Maurice is a bustling market town and the hub that serves most of the Tarentaise. The Eurostar finishes its journey from the UK here, and skiers head off to the local ski resorts which include Val d’Isere, Tignes, Les Arcs, La Rosiere and Sainte Foy de Tarentaise, quite a line-up of world class resorts! None more than 30minute away.

Although there is no skiing at this altitude, Bourg Saint Maurice is conveniently linked to Les Arcs 1600 by the Arc en Ciel (Rainbow) funicular railway. Les Arcs is part of the Paradiski domain, with 425km of slopes, 144 lifts and 239 pistes which lives up to its name as a skier’s paradise. Unlike the other villages that make up les Arcs the town of Bourg Saint Maurice is open all year. The heart of Bourg Saint Maurice is its pedestrian high street. Jam packed with intriguing shops and boutiques it’s a great place to while away an afternoon, particularly suitable if you are a non skier.

The town’s many bars and restaurants cater for all tastes from cosy local savoyarde to cool brasserie. Nothing can beat sipping a hot chocolaté or vin chaud in the warm, watching the snowy scene unfold outside…..heaven. Although by no means a large town Bourg Saint Maurice offers all the facilities you would expect and possibly much more. There is a cinema, which obligingly shows the occasional English language film. The indoor/outdoor swimming pool is a hit all year round, particularly in the summer when the soaring temperatures prove too much for local residents.

In the winter the local marie even built an open air ice rink in the town centre, which the children loved. On a more practical note Bourg Saint Maurice has a number of large supermarkets, an all year round campsite and excellent schools for all ages. The weekly market on Saturday mornings draws in quite a crowd, the streets are closed and you can buy anything form a tea towel to a chicken! Not only does the town have a large all year round population but it also plays host to many tourists.

The local mairie is very proactive, organising many events, throughout the year including hosting a stage of the Tour de France in July 2009. The summer offers lots of opportunities for lovers of the outdoors. There is a white water slalom course on the Isere river used for international canoe and kayak competitions; it’s also used by many European teams as a training course in the summer.

The surrounding mountains are good for walking and mountain biking. The funicular and some of les Arcs ski lifts operate during July and August to get the walkers to the higher peaks, you can even take your mountain bile on the chairlift. Horse riding is another popular activity, as is quad biking. If that’s not enough and you have a spare moment you could always try a spot of summer glacier skiing in nearby Tignes. Phew! Bourg Saint Maurice is an action packed town.