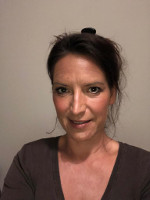 Nine minutes from Les Gets, for sale, with 700 m2 of constructible land, a delightful six-bedroom chalet in the hamlet of Avonnex (above Taninges) with fabulous views. Only ten minutes to the Grand Massif ski area as well. Ideal as a primary or secondary residence with excellent holiday let potential. Check out the virtual tours and floor plans.

The chalet is currently set up as a main home on the first floor with two double bedrooms, one of which is used as an office. On this floor, there is a large covered terrace, kitchen – with room for dining, open plan living room/dining area, bathroom (with shower) and WC. Upstairs, you'll find a separate 3-bed apartment that has been decorated and furnished to a high standard. It consists of two double bedrooms, one of which is en-suite, a large third bedroom (partitioned to create two separate sleeping areas), kitchen, shower room, WC, large living space and a south-facing balcony with breathtaking views across the Giffre Valley and beyond. The apartment also has underfloor heating and a wood-burning stove. The lower level consists of an extra double bedroom and a garage. There is electricity and water on this level. The garage could, therefore, be converted into further living space. LOCATION AND SKI STATIONS The house is situated in Avonnex, a small hamlet above the town of Taninges, providing easy access to a number of ski areas: 1.) The Grand Massif (12 minute drive): The closest access point is from the cable car in the village of Morillon. The ski area consists of Les Carroz, Samoëns, Morillon, Sixt Fer à Cheval and Flaine and has 265km of pistes. With a top station of 2500 metres, mostly north-facing slopes, and close proximity to Mt Blanc and the microclimate it generates, this is one of the Haute-Savoie’s most snow-sure ski resorts. 2.) Les Portes du Soleil (9 minute drive): The closest access point is from just outside Les Gets. Les Portes du Soleil is one of the largest linked ski areas in the world with 12 stations that lie between France and Switzerland including Avoriaz, Châtel, Les Gets, Morzine, Champéry, Morgins, Torgon, Les Crosets and Champoussin in the Val-d’Illiez. 3.) Praz de Lys–Sommand (14 minute drive): The small ski station at Praz de Lys is behind Avonnex on the way to Les Gets and provides a delightful alternative to its more famous neighbours. Geneva airport is just 45 minutes away. The Giffre and Morzine valleys are just as popular in the summer with numerous activities and festivals all season long. Check out the Samoens, Morillon, Morzine and Les Gets tourist sites for more information. Fees paid by the vendor.

600 km of skiing in 2 countries making the Portes du Soleil the biggest international ski area in the world.

Here skiing is a journey, with different panoramas and routes to look forward to every day, and each of our 12 village resorts offering a charm of their own.

The resorts are amongst the most well known, including Morzine, Avoriaz, Les Gets, Abondance, Chatel and St Jean D’Aulps to name but a few.

They also offer excellent opportunities for downhill mountain bikers outside the winter months.

As a popular holiday destination in both summer and winter, these resorts offer investment potential. So whether you are looking for a quiet and peaceful family resort (Chatel or St Jean D'Aulps for example) or something a little more lively (Morzine) the Portes du Soleil has it all.

Within easy distance of the International Airport at Geneva plus close to Lake Geneva, this ski area is the perfect destination.

From its origins (in the 11th century), the village of Les Gets has had wood in its veins, the name "Les Gets" came from the local dialect words "gitte" or "giette" meaning the corridors used to send logs rapidly down the hillside. Well before tourism developed from winter sports, wood and water were the main resources for the inhabitants of Les Gets.

In Les Gets, you start off with your skis clicked on in the village. Once up on the pistes, you can just let yourselves be carried away by the tranquility of the area and take the time to contemplate the stupendous background: the Mont Blanc range. The Les Gets / Morzine ski area links the Chavannes and Mont-Chéry areas to the Pléney et Nyon areas of Morzine.

Situated in the heart of the Portes du Soleil (14 French / Swiss resorts, 650 km of skiable runs), the Les Gets area also offers "discovery" circuits with the aim of guiding you as far as our Swiss neighbours by using pistes suitable for your own level of skiing.

On the pistes there is a veritable American-Indian village, complete with teepees, Indians, Trappers and lot of activities for the children including, treasure hunts, a war-paint workshop. The «Territoire du Grand Cry», a small paradise for children, includes boarder-cross style pistes (with moguls and banked turns, to practice skiing while having fun).

In the village there are bars, shops and lovely restaurants plus an outdoor seasonal ice rink. Les Gets is just an hour away from the Interenational Airport in Geneva so it is very easily accessible too.