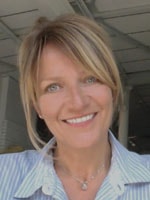 This is a great opportunity to purchase your very own 'ready to move in' apartment in La Clusaz. Recently renovated to a high standard and sold fully furnished, the apartment has a sunny living area, new fully equipped kitchen, south facing balcony, 2 double bedrooms, spacious bathroom and separate WC. Private parking space and cellar/ski store. Small block with 5 apartments. Yearly charges approx. 900€. La Clusaz, sporty and dynamic in summer and winter alike, has the friendliness of a family resort, the effervescence of an international alpine resort and the charm of a mountain village which has preserved its identity. In the heart of the protected environment of the French Alps and a stone's throw from the grandiose Lake Annecy.

In the Haute-Savoie, between Annecy and the Mont Blanc Massif is the beautiful Massif des Aravis. Tucked away here you’ll find a less well known ski area named after the mountain range. It is very beautiful, interesting and traditional.

It brings together the 4 ski resorts of La Clusaz, Le Grand-Bornand, Manigod et Saint-Jean de Sixt which offer Alpine skiing (downhill)and Nordique skiing alongside a whole host of other activities. There are 220kms of piste across the 4 resorts, 2 snow-parks, 1 half pipe of 130m. There are also 150kms of nordic skiing including the Confins plateau, which is an official site for the World Cup. Plus 26 routes for racket walking (snow shoes). At Le Grand-Bornand you’ll find the GB snow-park which is classed among the five best in France. In addition there are 2 ice rinks and an aqua centre.

Each of the four resorts have charm and retain their traditions with original architecture and a village feel, these are after all villages turned ski resort and not purpose built. There is agriculture in the area which works alongside the ski resorts retaining a very authentic feel and they work hard to preserve the mountain nature of all the resorts.

This is also a hugely popular destination for summer. All four resorts aim themselves firmly at the family market and succeed very well with this, but over the last few years a new trend has developed aimed at the rich and famous who value privacy and peace above glamour and glitz on their ski holiday this is most noticeable at La Clusaz and Grand Bornard who are member of “Top of the French Alps” a group aiming for excellence.

La Clusaz produces champions. It lives and breathes snow sport and also hosts world cup races - and yet it still remains relatively unknown with the British public and very popular with the French.

La Clusaz comes from the word “cluse”, a narrow pass between two mountains. Old parchments call it “Clusa Locus Dei”, God’s Narrow Place, which became La Clusa Lieu Dieu, used until May 1772. This name was given by the Abbots of Talloires on whom La Clusaz depended. La Clusaz was a particularly poor village. The climate of the area only allowed the cultivation of barley and rye for bread, oats for the animals, linen and hemp for clothes and potatoes for domestic food. The two main occupations were agriculture, including the making of reblochon, and forestry..... and then came tourism.

La Clusaz aims itself at the family market but don’t be fooled this is a active and young resort, it supports all types of winter sport including boarding, freestyle and pretty much anything goes here. They very much cater for the new style of skier and boarder who not only want to ride the mountain but do tricks and jumps as well – it’s all here.

La Clusaz – Manigod is part of the Massif des Aravis with 220kms of pistes – 132kms of which are La Clusaz. To enjoy the full area you will need to catch free navettes as you link between St Jean de Sixt to La Grande Bornand. The small amount of effort is worth it but there is plenty on offer in the La Clusaz area anyway.

Excellent snow record even on the lower slopes and in total 84 pistes. La Clusaz is considered to be the most important ski resort of the group .... but best not tell the other resorts that! They have all the typical resort activities here; ski flying, huski sledging, sledging, Snow shoeing, snowmobiles and the list goes on, something for everyone.

In resort you have a typical village atmosphere quiet and tranquil, but open the right door and you’ll hit nightclubs and dancing into the wee small hours. There is a swimming pool – midnight swimming is available I’ve heard! Nightclubs, cosy bars and a variety of restaurants. Whilst La Clusaz aims itself at the family market it is also aiming at the quality market – those who want a little more luxury in their skiing may like it here.